In the December article I mentioned the affect the rising cost of building materials was having on the team’s budget for the new base. The team was therefore delighted to receive the sum of £5,000 from the Southern Upland Moorland Group’s Charity Clay Pigeon Shoot. The donation will be added to the budget for the base.

Towards the end of November, the team assisted Police Scotland in a search for a missing woman at Scott’s View. At about 8.00pm after hearing cries of distress one of the search groups located the casualty. After treating her she was assisted to a team Land Rover and taken to a SAS Ambulance.

At the beginning of December, the team held its first in person meeting since the onset of Covid. BSARU thanks Kelso Rugby Club for providing a safe, comfortable environment, which was also large enough to enable appropriate social distancing.

SBC emergency planning centre put both the Border MRT’s on standby due to the advance of Storm Arwen. In the event the teams were not called out. One effect of the storm was that only 9 team members attended the following Sunday exercise held in the Lammermuirs. Others were affected by road blockages, electricity outages, ongoing storm damage repairs, and one team member was involved in road clearing work with his chain saw.

The following Friday Northumberland declared a major incident and requested the organisers, of the Montane Cheviot Goat Ultra, postpone the event. Team members were due to be out all day and a substantial part of the evening covering the Scottish side of the Cheviots as emergency aid for this 55 mile run. This also meant the loss of a donation for the service which, given the reduced fund raising due to covid, is a disappointment. Team member Arran was due to take part in the event to also raise funds and intends to continue training in the hope of a later running of the challenge. 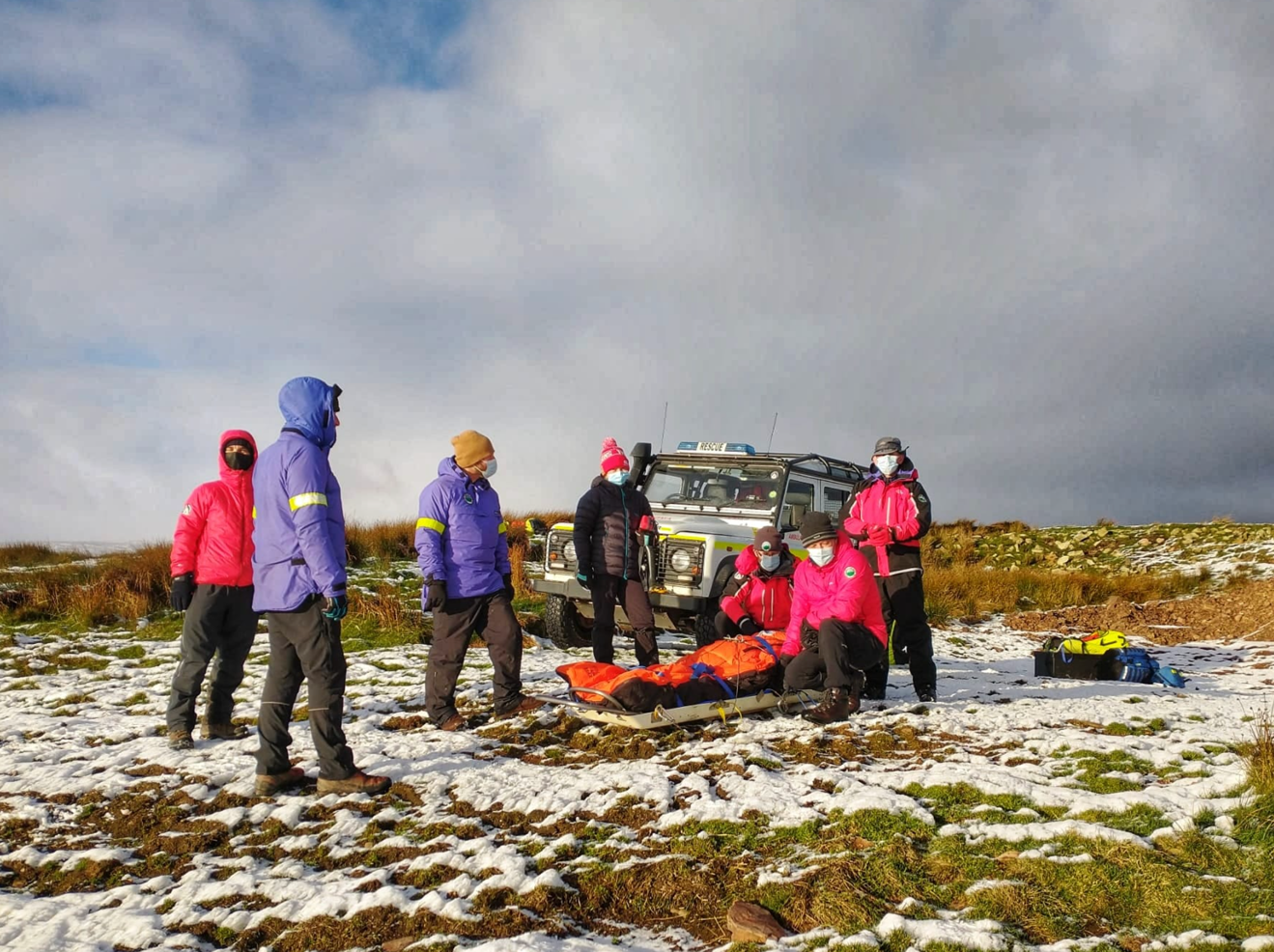