Thanks to everyone for making the Poacher Run, the first event in the Border Reiver Trail Series, a great success! 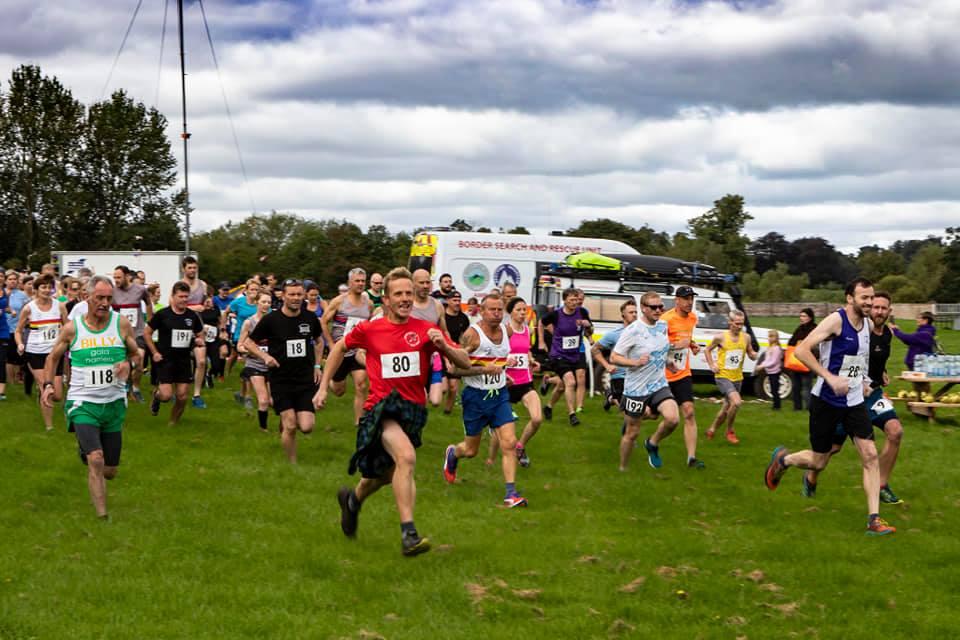 Following the successful running of The Poacher Run on 7th September, the first in our Border Reiver Trail Series, we would like to say a huge thanks to all those who entered and helped us raise money for the running of the team. We hope you had a great day. We certainly did!
We would also like to say a special thanks to the Borders Events Centre for allowing us to host the run there, to Springwood Estate for allowing us use their grounds for part of the 5K route and to all the landowners over who's land the run took place. We are indebted to you all.
Finally we would like to thank the following local businesses who kindly donated towards the prizes for the leading runners:
Kelso Sports Massage Clinic
Coop
Fat Face
WHSmith
Mayfield Garden Centre
BeerCraft
Kelso Wholefood
U-Stor
Born in the Borders
Sainsburys
The Chocolate Box
Mike Hope of Wooler

Look out for details of the next run in the series which will be posted in the near future!